With the improvement I saw in my revisting of M51 I was pretty eager to try M101 again as well. Not the least because it is in an ideal position in the sky for my yard setup (with trees, I have an band from around 70° to 30° declination that I can track throughout the night with RA 14H currently clearing obstructions right about 10PM, so anything in Ursa Major is an ideal target for me in March).

I’ve been having some issues with my AVX mount recently, and this night in particular it was at its worst. On 3 separate occassions it stopped accepting pulse-guide commands, causing the active capture to smear and pausing the sequence until I corrected it (cycling power on the mount and reconnecting SGP and PHD2 was generally enough). Further compounding my mount issues, I believe that power cycling the mount early in the night caused further issues that meant SGP was unable to perform an automatic meridian flip (it had been correctly predicting the time of the flip at the start of the night, but after cycling and reconnecting, that time went to N/A). I was able to force the flip, but it required fully dropping my saved alignment to do so (thankfully, the SGP solve & sync routine makes it pretty easy to recover). All together, I lost nearly an hour worth of capture time to troubleshooting tracking issues.

Despite those issues, I still ended up with 170 2 minute subs of M101, more than enough to get a reasonable photo out the other end.

Despite pessimistic weather models, this past Thursday turned out to be the first clear night I’ve had for observing since last September. While I was late getting started (due to said pessimistic models) and also my first time trying to setup in the yard of our new house, it turned out to be a pretty ideal night. Rather chilly (better for my uncooled 800D if not so great for me), and clear of clouds until past 4AM. 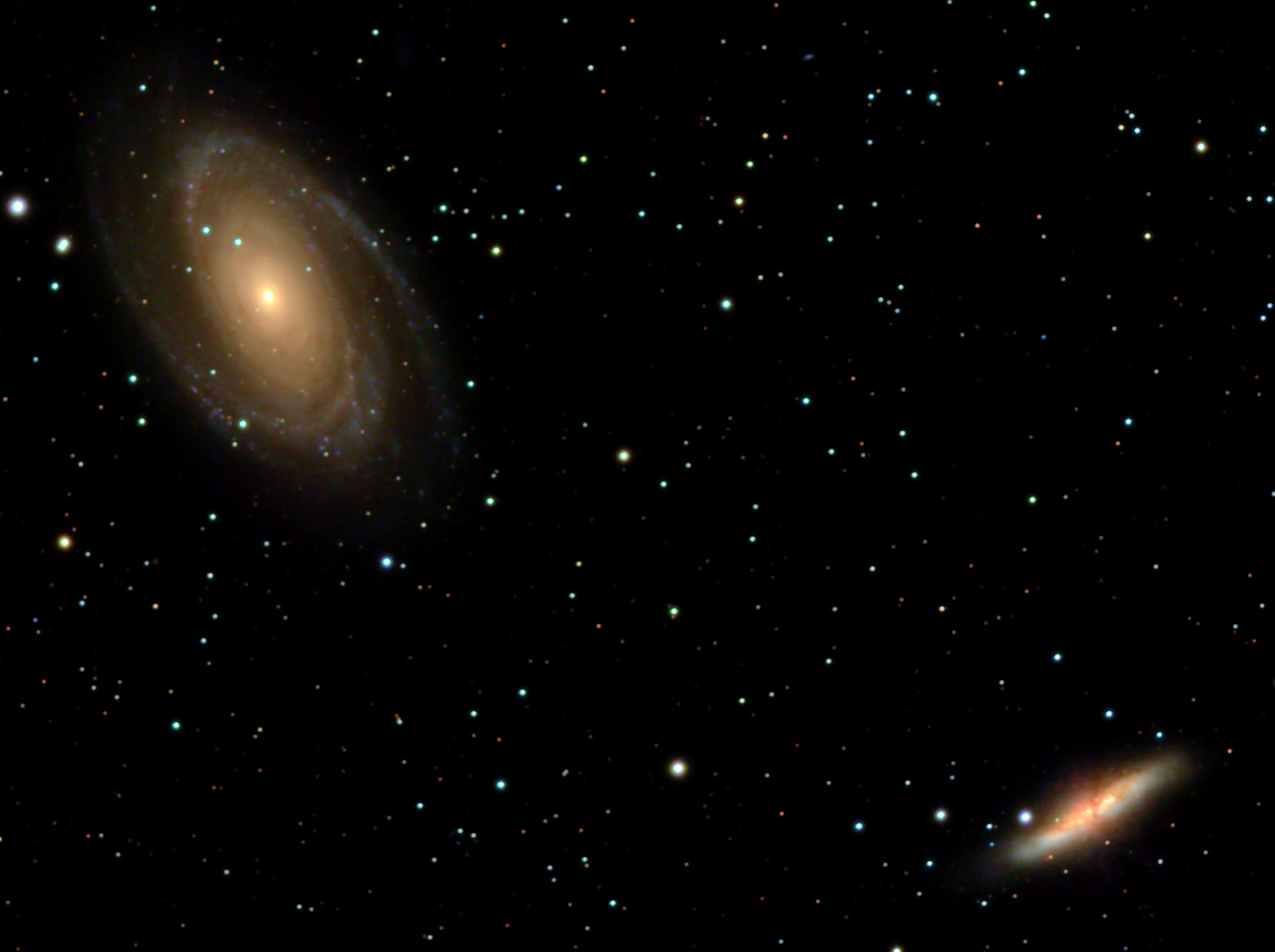 After nearly two months of waiting for my new camera to finally arrive (QHY268C), I was able to get 4 hours of observing on a night of middling seeing and some challenging light pollution issues before it started having hardware issues requiring shipping it back for replacement. I love the arrangement of M81 and M82 next to each other in the sky, with one straight-on and the other seen from the edge, though it was a challenge to get this shot to turn out at all with the overall low-quality data I gathered.